Best Male Perfume in the World 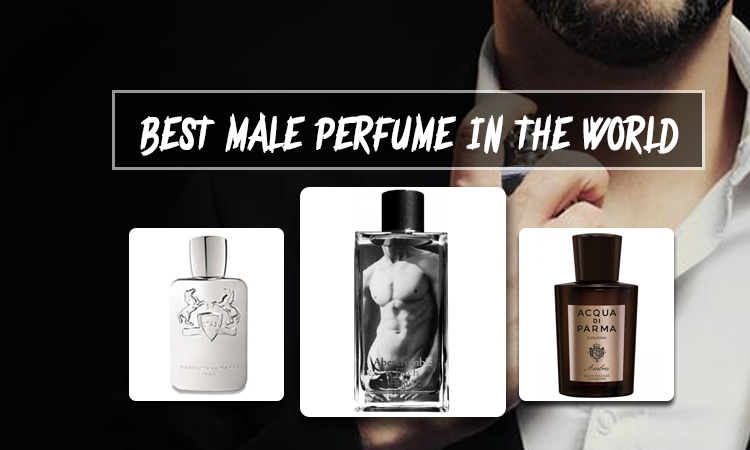 Perfume is one of theessential things to seize the attention of the surrounding people. One bottle of perfume is a tempting thing, and when we apply scent on us, it makes us also charming.

However, perfume can make both men and women appealing to others, and it also gives us positive feelings. There are many numbers of different scents for males and females.

Can you tell me which one is the best male perfume in the world? Choosing the best perfume and answering the question is quite tricky, as at present we have several options in the fragrance of perfume,so it became more difficult.

Finding the best perfume for men and which one will go with their character is a tedious task. In the following part, I will write about the best fragrance for men.

But before starting, I want to make clear that there is no particular best perfume for men. Because everyone has a different choice and most of the people choose perfume according to their personality.

I will write about some of the perfumes which are considered as the best for men.

Fierce by Abercrombie & Fitch has sweet woody fragrance. It is made from the essence of lemon, orange, petitgrain,fir, andperfect cardamom blend.It also has middle notes of Rosemary, Jasmine, Rose, and Lily-of-the-Valley.

Again it offersa variety of essence likevetiver. Moreover, some of the series of this perfume come with oakmoss, Brazilian rosewood, etc. in it.The fresh and spicy scent of it is designed for men who aren’t scared of living on the edge.

Some perfumes are so amazing that they never fade. Over the years, those maintain their attraction and elegance. This mentioned perfume is one of the best fragrance for men, which have kept its position for many years.

It first introduced in 1985, and people generally know it as GIT. It became one signature scent for many celebrities such as- Pierce Brosnan, George Clooney.

When you apply this perfume, probably it will give you a feeling that you are walking in any remote place where you find serenity. It has an immensely multipurpose scent, and for that reason, you can spray that both formally and casually.

It has Lemon Verbena as top notes also iris,and Violet leaves as middle notes where the base notes are Mysore Sandalwood and expensive ambergris.

Nautica Voyage by Nautica for Men

Right now, it is one of the best men perfumes. It is a laid back and casual fragrance that is perfect for spring and summer. It is appropriate for fun-loving men.

The fragrance of it is soothing. It gives the user a chill feeling. At the top, it has leaf notes along with green applenotes,and then at its middle, it has ablender of mimosa with mildlinen and lotus notes.

It is made witha mixture of moss, musk, amber, and cedar as its base notes, which providethis perfume a masculinity flavor.

It is the first perfume in which Hedionewas used as one ingredient.Hedione is a chemical substance which can enable the male sex hormones.

In 1966 the perfume was first introduced among customers. Still now,for many people, it is one of the best fragrances for males.

Channel Allure is one of the best perfume, which can be categorized into sport class fragrance. It is excellently crisp, zingy, and energetic. The scent is perfect for daily use as well as in the late-night party.

It is an aquatic perfume which you must love because of its attractive smells. It offers different types of flavor that ranged from citrus notes, pine, mint flavor, and a sense of the sea. It is one of the famous and masculine scents of all time. However, it is not so cheap.

People who want to try something flexible and safe then this one is for them. It has an attractive masculine fruity smell. It has some interesting notes such as- pineapple,coumarin, lavender,oakmoss, poroseand coumarin.

There are lots of other famous perfumes. For example- Creed Aventus, PacoRabanne 1 Million, Adidas team force, etc.In the upper part, I have tried to mention some renowned fragrances which are popular among men.

As we do have lots of varieties in perfumes, it is challenging to declare just one as the best perfume. Perfume choosing is depended on the person who is buying it.

Most of the time, people buy it according to their personality because the fragrance of perfume indicates different characteristics of people.