Everything You Should Know about Musk Perfume 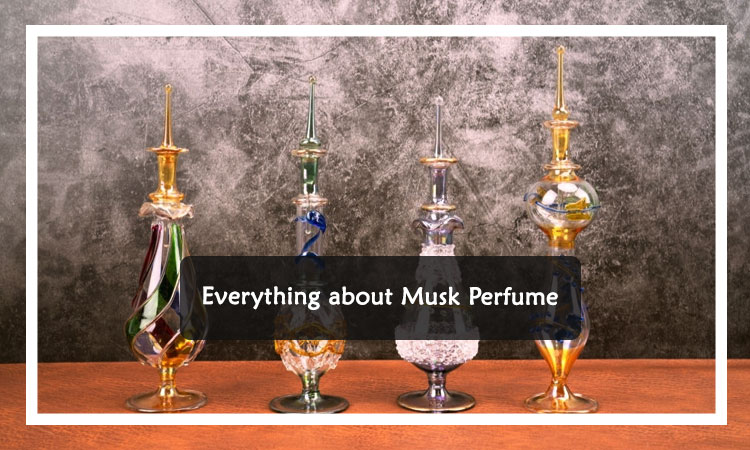 If you have the slightest interest in perfumes or fragrances, you must have come across the word Musk perfume. Musk is by far the most versatile and most used element in perfumes or colognes.

Musk has an earthy and woodsy smell with the essence of sweetness. Being long-lasting and strong, it is widely used as a base note for perfumes. The scent is soothing yet sensual.

Traditional musk is an animal byproduct. It originally came from musk deers. It was initially musk deer’s secretion that smelled like urine. This has been used as a popular fragrance fixative since ancient times. Now it one of the most expensive animal products.

The animal secreted a powerful odor that makes the animal arouse. After a few processes, the smell becomes good. The smell of musk is also very sensual and sexy.

Why is Musk Expensive And Rare?

Musk deers mate by spraying from their musk gland. It is the size of a golf ball and is right in front of their penis. Only mature male deers make this gland.

In earlier times, making musk had few steps. At first, it was stripped, then dried, and lastly soaked in ethanol. It needs to be soaked in vodka for months or years. After that, it used to become a good smell. Whereas, originally, it smelled putrid.

The accessive use of musk endangered the animal. Therefore, since 1973 it was protected by CITES (the Convention on International Trade in Endangered Species of Wild Fauna and Flora).

The scarcity of original musk and the expensive process it has to go through made musk very expensive.

There are few other animals that produce a musky smell. The civet, the animal that produces the world’s most expensive coffee, also produces musk. A civet secretes a buttery yellow paste from their perineal gland, and it has a musky odor.

Ambergris is another source of musk. It is a very rare and valuable thing. It comes from when a male sperm whale eats a squid and gets indigestion. The squid’s sharp beak scratches the digestive tract, and the whale somehow turns the broken beaks into fatty balls. Then they discharge those fatty balls.

Fresh ambergris is very soft and smells terrible. But over time, as the ambergris float under the sun and oxide, the balls start to harden and turn silver. This is when it smells amazing. It smells like the fresh smell of the ocean we want in a refreshing perfume.

Some plants are used to extract the smell of musk. Angelica archangelica or Abelmoschus moschatus produces a musky smelling compound. These compounds are used as an alternative for animal musk.

What is Synthetic Musk?

If you are concerned about animal cruelty or endangering an animal, you do not have to worry anymore. Original musk is not used anymore for decades now. Fortunately, an artificial smell has been created that resembles the smell of musk. Therefore, synthetic musk is used everywhere.

Synthetic musk is made from aroma compounds imitating the scent of animal musk. Synthetic musk smells sweet, smooth, and clean but does not have the animal fecal odor.

A scientist named Albert Baur was trying to form powerful dynamite in 1880. He ended up creating a module that smelled like musk. Since then, it was used in perfumes as an alternative to animal musk until the 1950s.

In the 1950s, people found out that the component was not environment-friendly; they used to build up in the environment as they do not degrade.

So far, scientists have not found a compound that exactly emulates the smell of musk. However, they use galaxolide and versalide that have musky or woody properties. Some of the best musk perfumes available in the market are made from synthetic musk.

Natural musk comes from animals, and many musk deers were killed to get musk. It is a cruel and inhumane process. It took 140 musk deers to produce 1 kilo of musk perfume ingredient. No wonder the animal was endangered.

On the other hand, synthetic musk is a chemical compound that smells sort of like real musk.

Where is Musk Used?

Musk is a popular choice for the base note of perfumes. The smell is rich, heavy, and long-lasting. On the other hand, white musk perfume smells powdery and subtle baby skin-like. It gives a perfect foundation for heart notes and top notes. It is used as fixative and flavoring.

Synthetic musk is made from chemicals. Therefore, it can react differently, which can be harmful to humans, animals, or the environment. Scientists have been working to prove if the synthetic is safe or not. It has been proven that in some cases, it can be intoxicating.

Musk has been a trending ingredient for perfumes for a really long time. It was first discovered centuries ago, yet it is one the most popular note for perfumes to date. These are some of the most recognized perfumes that have a musky fragrance.

The strong and sensual fragrance makes musk very unique and pleasing. It is hard to find a perfumer lover who does not have a musk perfume in his/her collection. As it works as the best foundation for any scent, it is becoming more popular day by day. Musk has stayed popular, and it’s popularity is still rising due to the versatility of it.