Which City is Considered The Perfume Capital of The World? 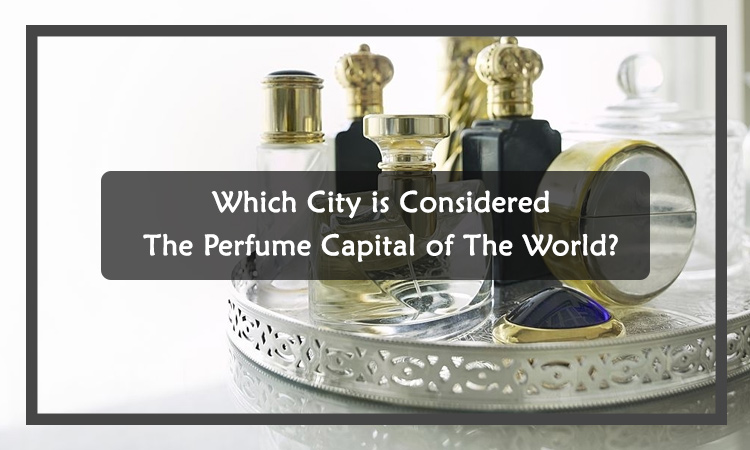 Everyone loves perfume, and it is hard to find anyone who doesn’t love using fragrances. But do you know which city is considered the perfume capital of the world? If you don’t know, stay with us patiently as you will get to know about many unknown things by the end.

You may have heard that France is famous for making world-class quality perfumes. In fact, whenever it comes to think about the top perfume names, you will find yourself that all the great ones are from none other than France. Maybe that’s why they are known as leaders in the perfume industry and own 35% of the world market.

By now, you perhaps have guessed that the perfume capital of the world is in France. If you have guessed these, then let me tell you are right. If not, no worries, you will get the answer now. Continue reading further to know in detail.

Which City is Considered The Perfume Capital of The World?

From the 16th century, the flower of a city named Grasse was used to hide the bad aroma from tannery manufacturing and make perfumed fashion accessories for the royal families. From that, it slowly began to grab people’s attention and became worldwide famous by the 18th century.

Grasse City: The Perfume Capital of The World

Grasse is a beautiful small city situated in the north of the French Riviera, which is gifted with a fantastic weather that is neither too hot nor too cold. The extraordinary nature of Grasse influenced the researchers to study its soil.

It was found that the soil of this city is filled with all vital nutrients required for plants to grow naturally without the need for any other extra nutrients. That’s why jasmine and other flowers used in making fragrances cultivated in that city are extremely sweet-scented and luxurious compared to others.

Moreover, the mountains around it act as an excellent shield against various natural disasters such as storms, tornados, etc. Therefore, undoubtedly it is perfect for growing flowers that are used in making top-notch scented perfumes.

More than 50,000 people live in that beautiful city, but that does not mean that they are all involved in the perfume industry. Many famous business people, farmers, florists, etc., also live there. Besides fragrance ingredients and products, they are also renowned as food flavoring manufacturers.

But one thing that cannot be denied is that the leading income source for France and residents of Grasse is none other than Perfumes.  More than 40% of the people of Grasses’ population are directly involved with the perfume industry.

How did Fragrance Production Begin in Grasse?

Although Grasse began its perfume journey in the 16th century, it was not used to make perfumes before that. In fact, you will be surprised to know that it began with the scented craft of leather manufacture.

Fortunately, the idea of scenting the leather products became a huge hit. After this incident, it acts as a motivating force following which Grasse city begins its journey in the perfume industry. Since then, it is playing a huge role in creating world-class perfumes and hopefully will continue to give its service in the future.

Grasse is giving its service from century to century without disappointing us. Nowadays, several changes have come in the perfume industry since its creation. In fact, the list of various perfumeries available now is almost uncountable.

However, from ancient times to till now, some perfumeries are still holding their position and attracting generation to generation without fail. Hence, the name of the 3 oldest perfumeries in Grasse that are drawing people are:

It was created by Jean Galmiard in the year 1747 and is the 3rd oldest perfume manufacturer. The perfumes of these companies were specifically famous for ointments and perfumes for the royal families.

The Molinard perfumery was founded in the year 1849. The fragrances of these perfumeries were particularly famous for using Baccarat and Lalique crystal glass.

The Fragonard perfumery was established in 1926 and is one of the perfume industry’s oldest companies. It has a famous museum for showing the fragrance history of 5,000 years in Grasse city.

Galimard, Molinard, and Fragonard perfumery used to give free mini perfume samples to the public for explaining the method of manufacturing perfume. It was one of the top reasons for which it was able to grab people’s attention and are still practicing these norms even after becoming successful.

Perfume is such a part of our life that many of us cannot even imagine their day without using perfumes. Hopefully, the next time anyone asks you which city is considered the perfume capital of the world, you can give them the answer without having any doubts.

Grasse is a place where anyone can see nature’s beauty and learn the secrets of fragrance manufacture. Moreover, it is an excellent place for visiting and for finding top-notch genuine fragrances.